Yeah, I'm so slow you won't believe it, but how utterly adorable is it that Shiraishi have a freaking IMAGE SONG dedicated (and about) Kenya? o(*v*)b ♥

As if that little skit in the Rikkai Final First myu wasn't enough for me to ship them... >_>

I don't even have a Shiraishi muse OR a Kenya muse >o> But yeah...

And my main thoughts? First and foremost:

Haven't laughed this much since... Some Dream Live or the other.

And second of all... Mitsuya Ryou (current Fuji actor)... I LOVE HIM. I love his face - boy has SO many facial expressions it's HILARIOUS - even though he looks like a Gelfling, but... He has grown into his role and I LOVE IT.

Sengoku's cute as a button. (And Dan's prettiful omg)

Since I said I'd icon Fuji's WTF face. >_> Made these icons for my 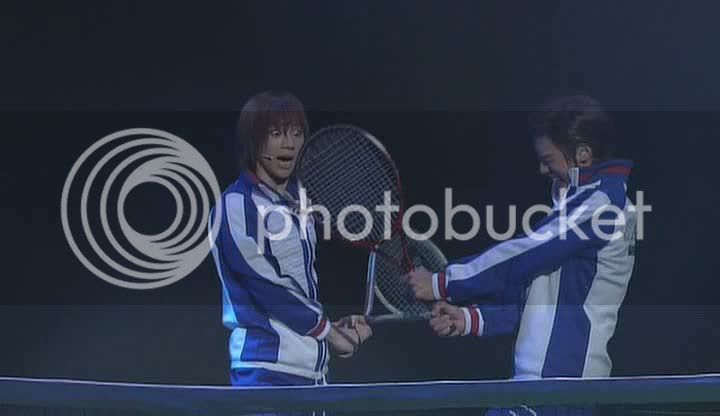 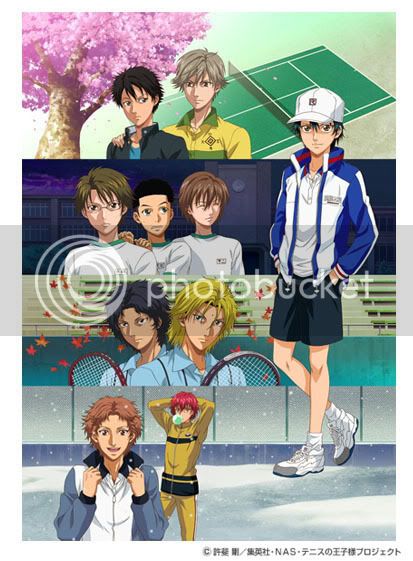 Seriously. It's a good day to be a Prince of Tennis/Tenimyu fan.

Third Gen. Ryoma (Sakurada Doori) has a supporting role there... As a big time bully. >_> WEIRD!

Fourth Gen. Momo is in it as well. 8D As a police/detective/something. *amused*

And yeah. Had a naughty dream about Tuti. Banging a teenybopper whom he worked with during a shooting of some drama. She wasn't even all that pretty. >_>

♥ OMFG SHIROTA YOU GORGEOUS MAN YOU

♥ KIMERU. You've gotten prettier. WTF HOW THE HELL ARE YOU MALE???