What I'm going to be watching:

Copied from my tumblr, but...

omg the amount of Ryoma & Kintarou made me SO HAPPY

FUCK YEAH I love seeing Ryoma being beat up!! » Uh. I mean… NO I WON’T APOLOGIZE - Smack him good, Mifune! That’s what he gets for flirting with you when he should be focusing on TENNIS

How many people actually had lines in this episode?? EVEN RICHARD SAKATA

I just reread the Secret Mission from the manga, to compare it with the anime episode.

The anime wins by a LANDSLIDE! Again. This is not news, I LOVE the PoT anime, the manga sometimes leaves me fairly meh. :0;; 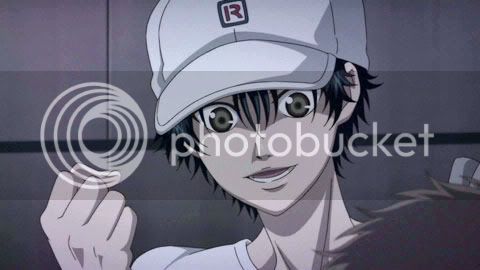 Well, that was a disaster and a half... Guh.

It's the infiltration~ WHICH MEANS LOTS OF RYOMA AND KENYA~!! (And yeah, Tanishi as well...)